Yes! It’s Garden Blogger’s Bloom Day and we have a few blooms.

I can’t forget that April 15th is also the two year anniversary of the Marathon bombings. The city of Boston has declared April 15th One Boston Day.

This day will be a celebration of the resiliency, generosity, and strength of the people that make Boston the great city it is according to the Mayor of Boston’s office.

The city and region are stronger for what happened. I’m personally working toward that too. Sometimes strength comes when I least expect it, but so does weakness.

We will never forget or be quite the same, but we will  move forward and it does get a little better gradually. You can read about our marathon experience by clicking here if you want to. I have a little ptsd, but not as much as others who suffer(ed) much more.

It was quite a day, week, year, two years…

And Back to Garden Blogger’s Bloom Day…

The snow is gone… totally gone…

That’s hard to believe considering that just two weeks ago the garden still looked like this: 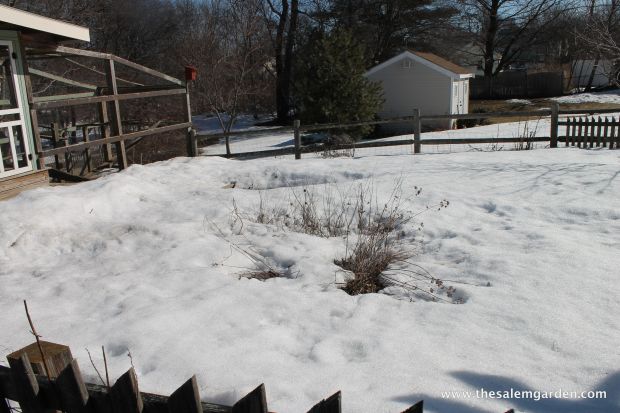 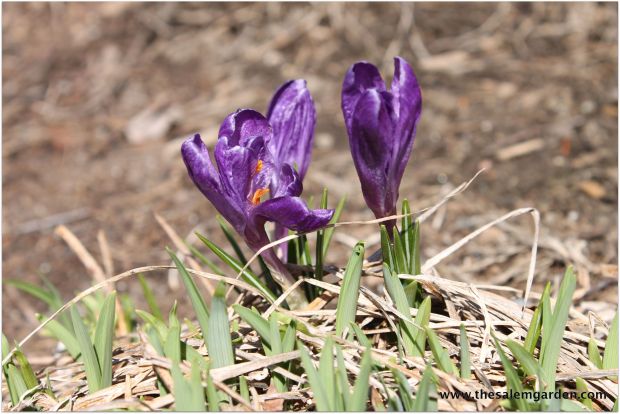 But it’s gone and our crocus are blooming. They’re almost on their way out already. 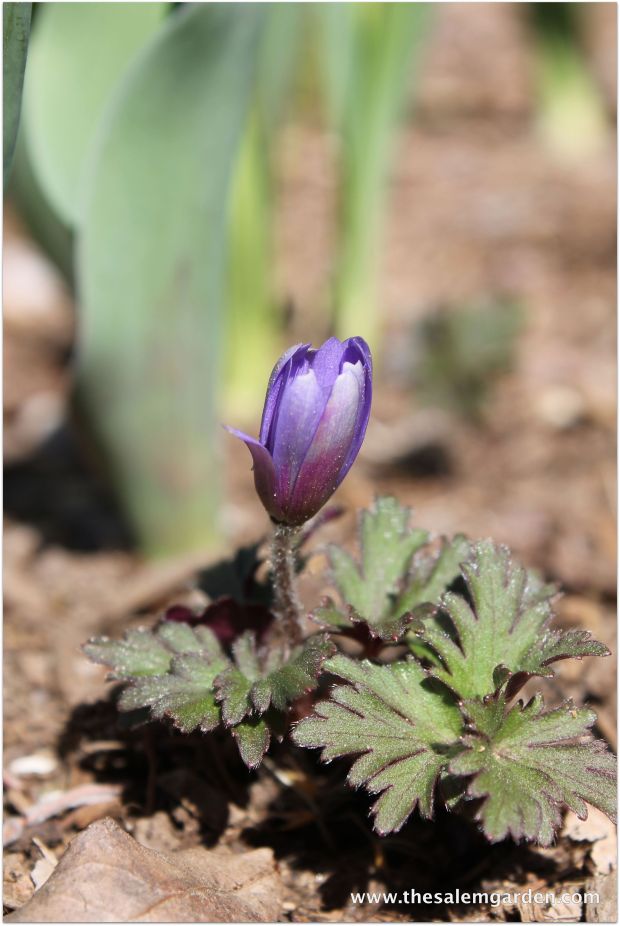 A few of the anemone bulbs that I planted last fall are about to bloom. 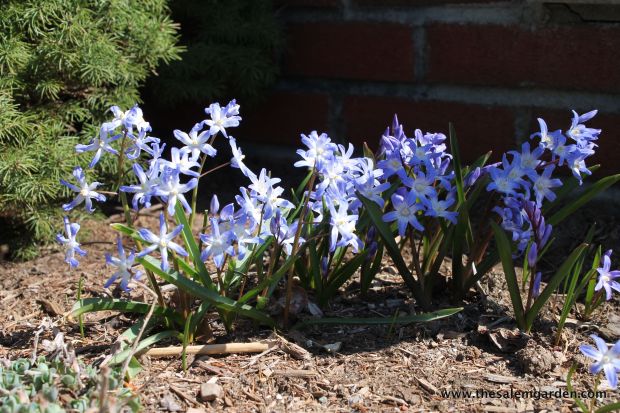 As I looked back at my photos from two years ago I realized that the scilla has filled in quite nicely. One of the best things about garden blogging is seeing your plant’s progress in just a few clicks. 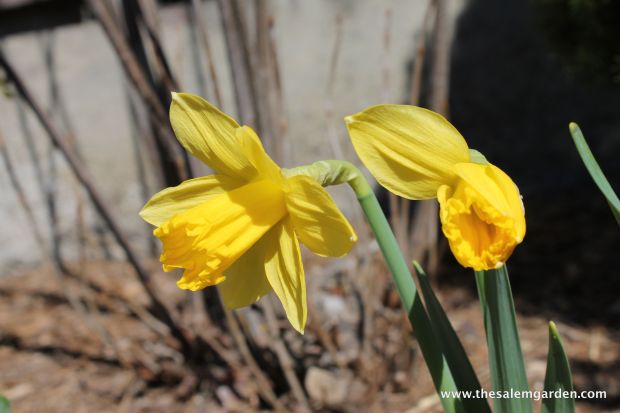 These two little daffodils are the first that I’ve seen here in our garden this year. 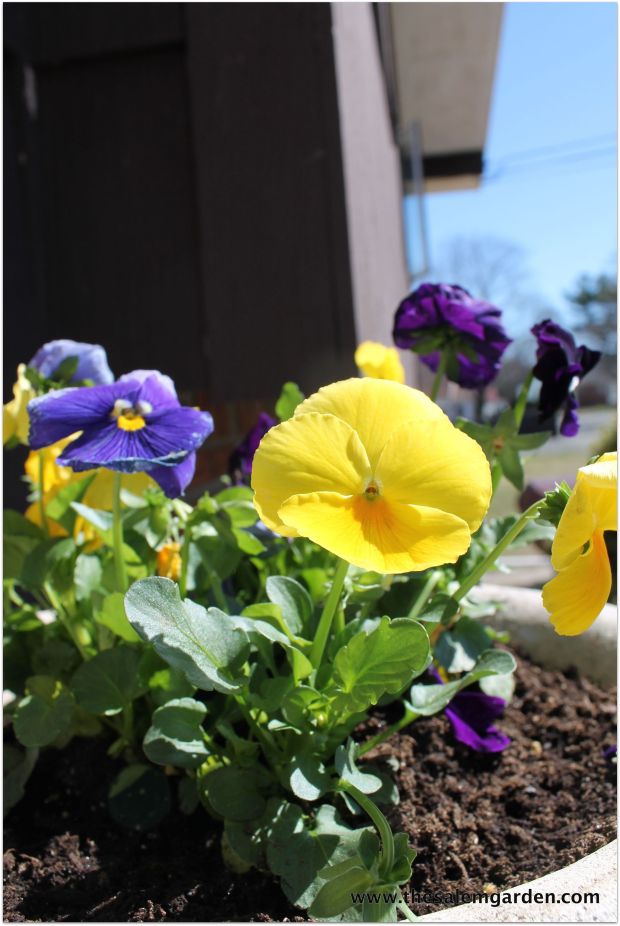 The pansies arrived (from up the street) late last night and we got them planted this morning. I haven’t planted pansies this late in the season in many years, but it happens when spring is three weeks late. 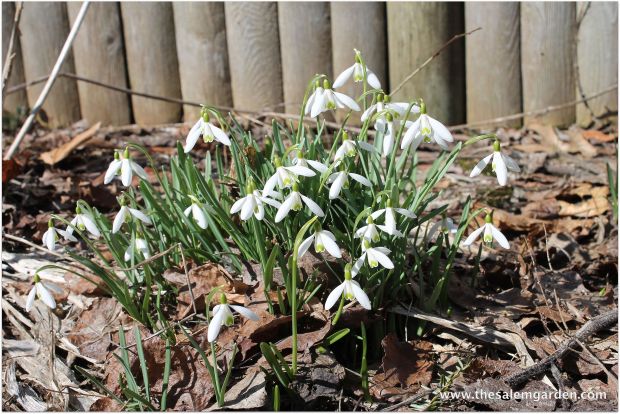 Case in point, the snowdrops… they’ve made it, but by a thread! The snow was at the top of the six foot fence thats behind them not long ago.

Be sure to read the other GBBD posts on May Dreams Gardens, and send prayers and positive energy to the thousands of victims of the bombings here in the Boston area.