In my travels this weekend  I saw the mystery rose. It was everywhere I looked, including all over Winter Island and even up at Stage Fort Park in Gloucester. 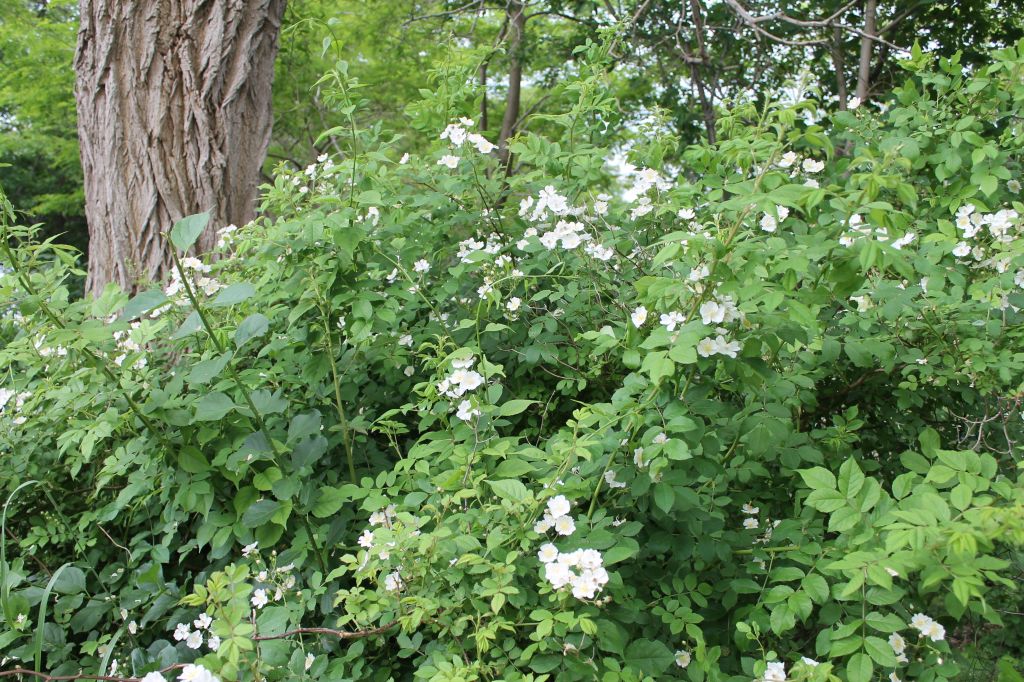 A little research identified it as the multiflora rose which is considered an invasive species. According to the National Park Service it was originally introduced into the eastern Us in 1866 as root stalk for ornamental roses, then it was used for erosion control and to contain livestock. The plant eventually became a problem because it reseeds and spreads aggressively, taking over space where it’s not wanted. The funny thing is that I see it appearing as a very welcome member of borders and gardens everywhere I look this week.  I’ve been watching it establish itself in that border of ours for the past couple of years and I was kind of taken with it.   I was even thinking about joining the people who trellised it before I started my research. My learning curve is endless, what can I say?

So the question is, is this a weed to me? I kind of think so. I need to work on that side of the yard (but you know how snakey it is, and how much I hate those things). Maybe this will be the last straw that inspires me to get in there to clean it up and reconfigure everything. I think I’m going to have to before “my pretty little rose” takes over and invades the whole garden.

What do you think? What would you do?