The year is almost over and I thought that it would be fun to do a bit of  reflection on our garden year. I considered limiting this post to simple photos without words, but I started to fuss about whether to include just the immediate garden or the garden, yard and basement or garden related activities that didn’t necessarily happen here. In the end I thought that there’s too much to say and so I’m just going to talk!

January started out pretty typically with dustings of snow and the ground freezing… pretty much what we expect here in New England. 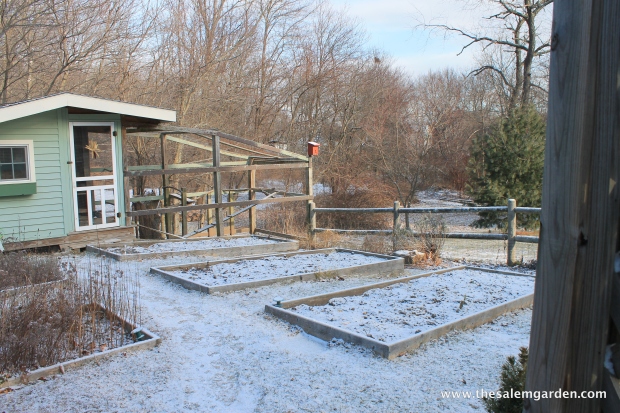 And then it started to snow… 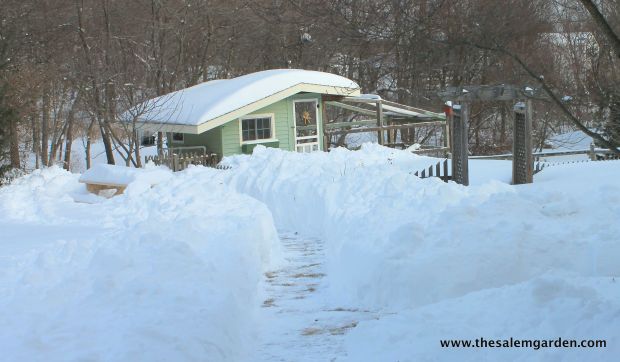 And it didn’t stop snowing for many weeks…

It went a little crazy going into February… 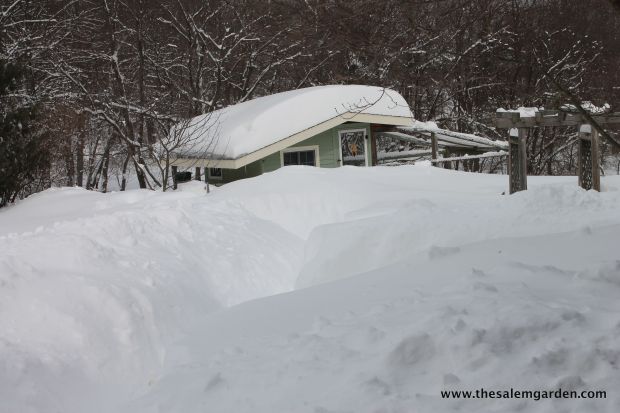 Fortunately around this time the seed order arrived! 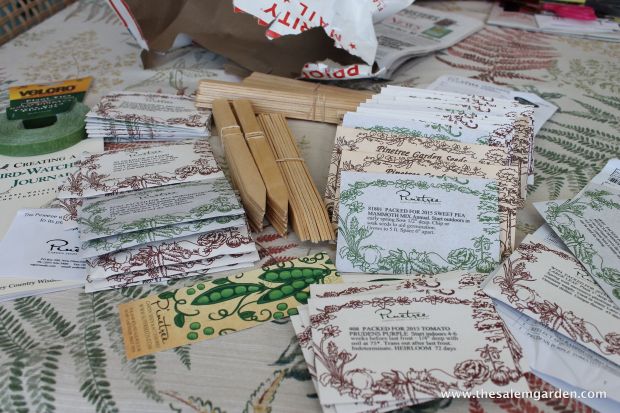 And the orchid bloomed beautifully…

And we did puzzles, lots of puzzles…

By March we had snow farms in Salem.  The snow had to go somewhere! 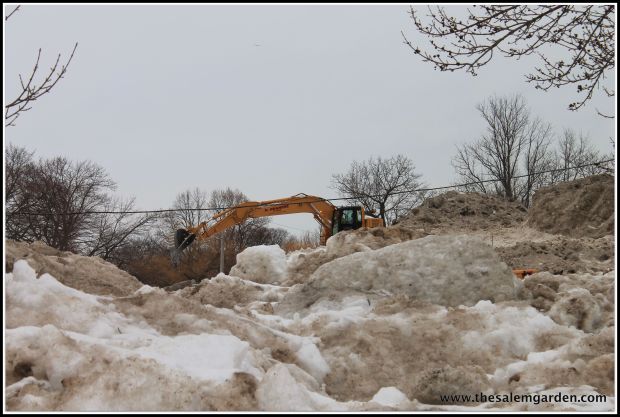 Michael and I had some much needed respite at the Boston Garden Show.

And then, just when we thought we’d never see them, the first crocus leaves appeared…

In April,  seeds started to germinate under the grow lights in the basement…

And lettuce could be planted! This was kind of a late start for lettuce. I’d have planted it in March if the ground had started to defrost.

By May the seedlings were ready to be transplanted, but we had to hold off because it was still unseasonably cold. 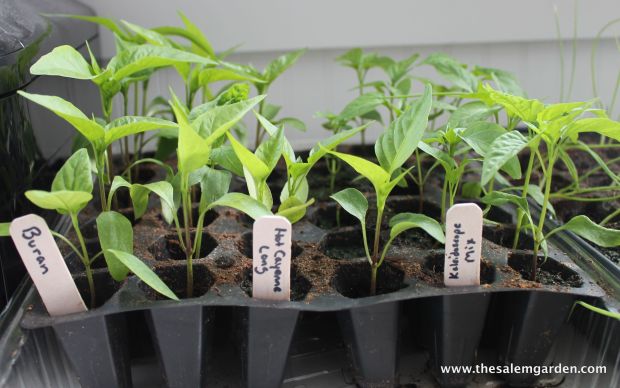 Our new chicks were adolescents by now, ready to take on the world!

And toward the end of the month the iris bloomed. 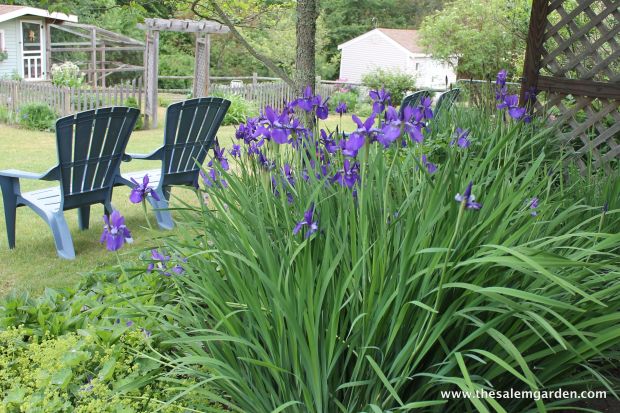 By June the onion sets had been planted and were really taking off. The tomatoes tried to, but it was cold and not too sunny…

The lettuce was ecstatic. Lettuce loves cold and not too sunny… 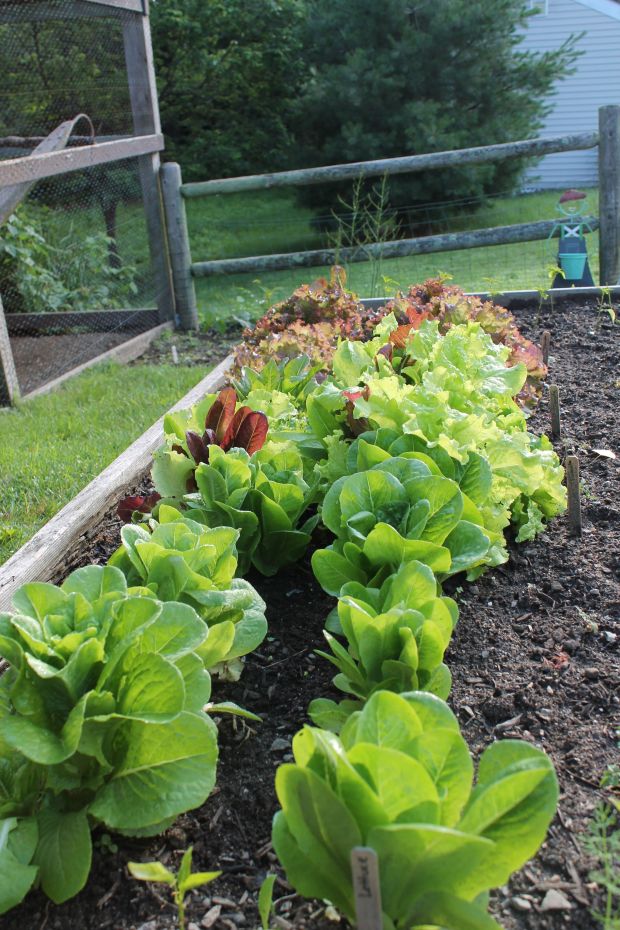 The perennials seemed to follow their normal routines despite the temperatures.

In July the onions were  thriving…

Along with purple opal basil that had seemed to disappear right after I originally planted it in early June. You never know…

And we went on a week long vacation to a place that was packed with Rose of Sharon, hydrangea and arbors. 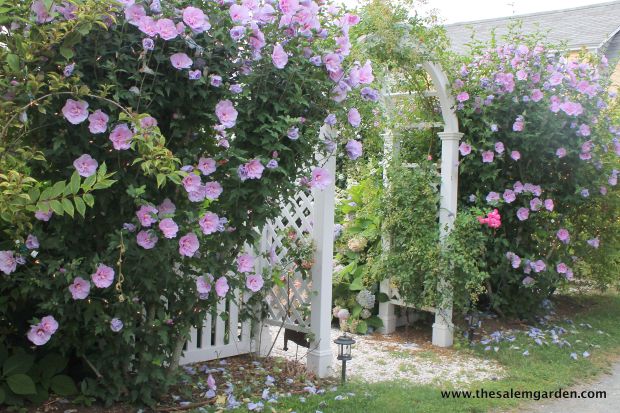 Finally, in September the tomatoes came in.. 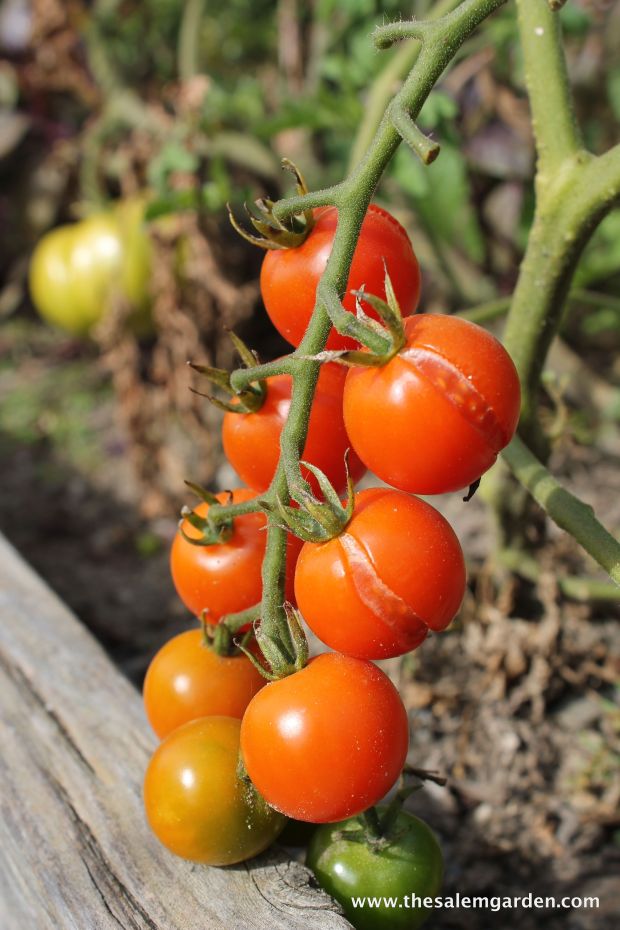 And were ready to be stored away for the winter…

The zinnias took over the area in front of the fence. 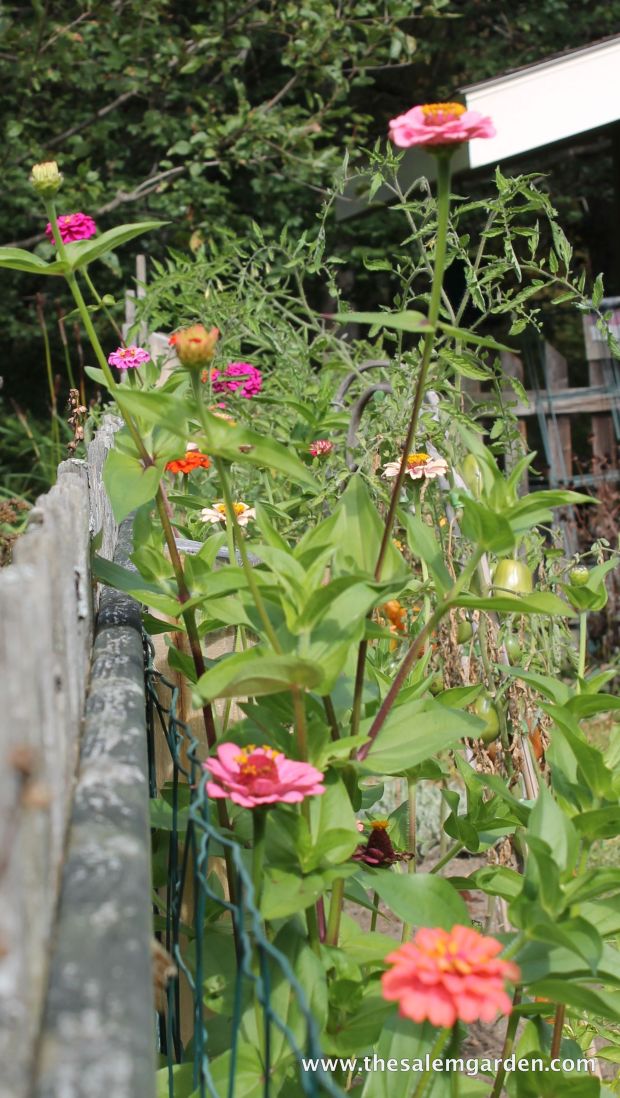 And the peppers were popping!

I remember saying that this was the year of the onion for us. I planted them from seed in March and they exceeded my expectations. We ate all of these white onions and have moved on to the red variety. I may plant a third type this spring.

In October this tomato came in weighing about three pounds and resembling a pumpkin. It was so hard to cut this one up!

while the leaves in our woods turned color.

In November I saved bean seeds for next year..

And harvested the last crop of carrots for Thanksgiving dinner.

The frost came and overtook the swiss chard.

But not for long, it came back a few days later!

December was so warm that the herbs continued to thrive..

The dill and Christmas lights coexisted happily together.

And the broccoli that had bolted earlier in the year produced florets for  soup!

Finally,  a hellebore landed on my table. 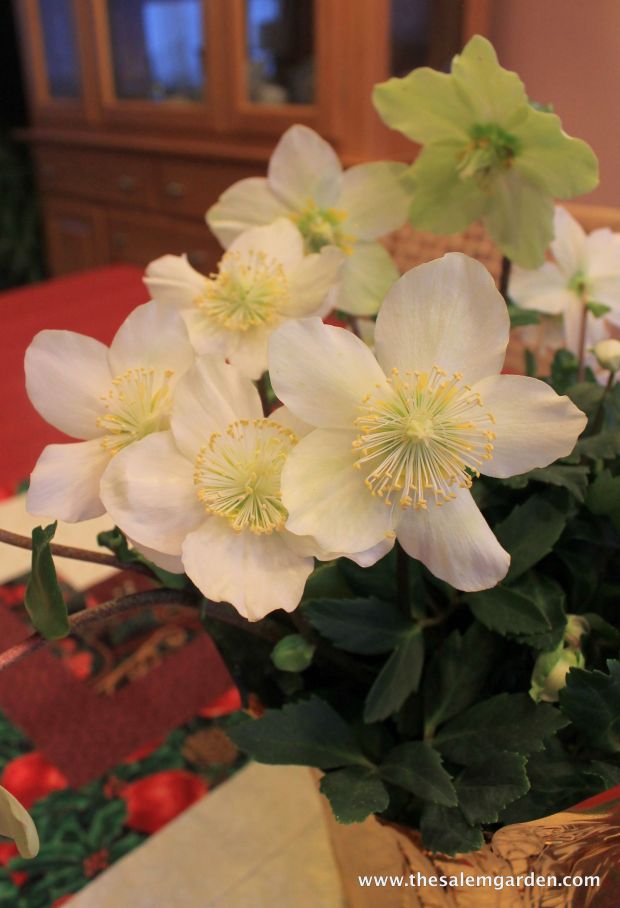 Which left me wondering about it’s future. Can I plant this outside? It seems like I should wait until spring. What do you say hellebore growers? This is a new one, full of promise if it survives the winter in my house!

2015 was a very hard year for me personally. We lost my mom to cancer in late August (hence the absence of photos and posts this summer). She loved to garden and enjoyed ours whenever she visited. I like to think that she’s nearby and will be out there with us as the years go on.

New seeds catalogs have started to arrive already. It will be fun to see what the new year brings to The Salem Garden.

There’s interesting possibilities on the horizon.

I’d like to thank all of you for visiting here often, enjoying the garden love with me, and for sharing your gardens and gardening experiences with me and my readers.