…said my sixteen year old daughter one day last week as she was trying to get ready for school.

It was hard to argue when the counter looked like this… 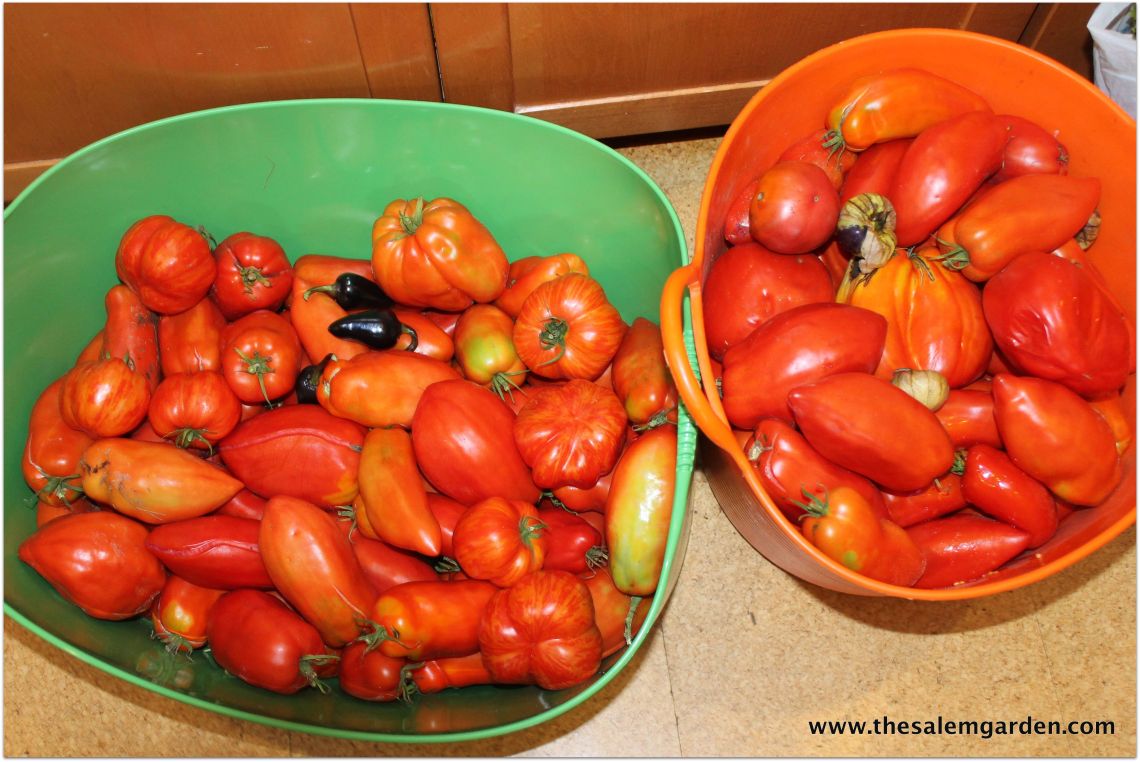 I knew she had a point.

So I got busy, and started processing tomatoes.

The tomatoes in these green and orange bins came from my friend Betsey.

Guess which opalka tomato Betsey and Ed grew?  Yes, the one on the left. Their compost must be incredible!  Ed gave me the plant that produced the puny tomato on the right that I grew, so it’s the same variety and batch of seedlings.

Anyway, I got busy and did some canning.

Which was fun, but I’m still struggling a little. 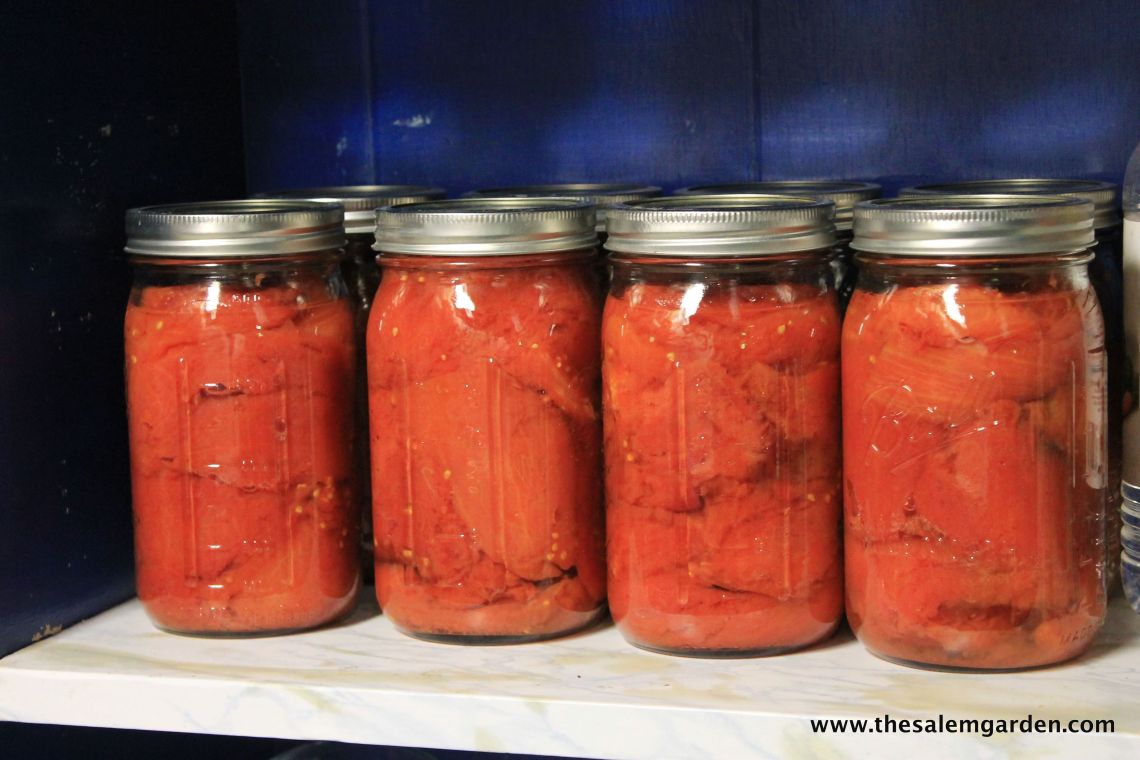 I did manage to can eight quarts of tomatoes, and I have plans to work on some apple butter this week.

It’s all about babysteps.. 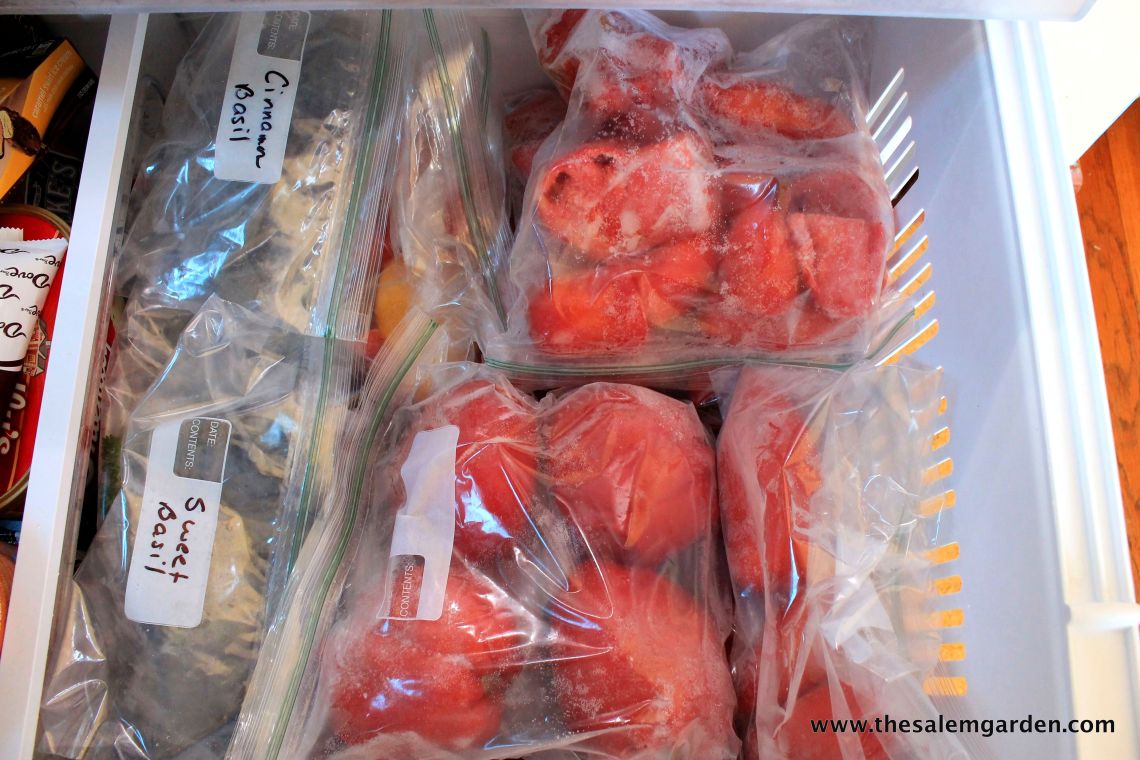 Freezing tomatoes is definitely the easy way out so my freezer is quite full.

I just wash and dry them, put them in freezer bags and suck the extra air out with a straw before I seal the bag shut.

The skins come right off after they defrost for a few minutes. I also like to put them in the food processor, with skins, seeds and all, and puree them to  make tomato or pizza sauce. I cut them into pieces while still frozen for stir fry dishes, salsa and things like that.

Yes, that is Michael’s Dove bar to the left, clearly not mine 😉

On Saturday the frost forecast was looming so I picked as many green tomatoes as I could and decided to try storing some in newspaper to ripen. 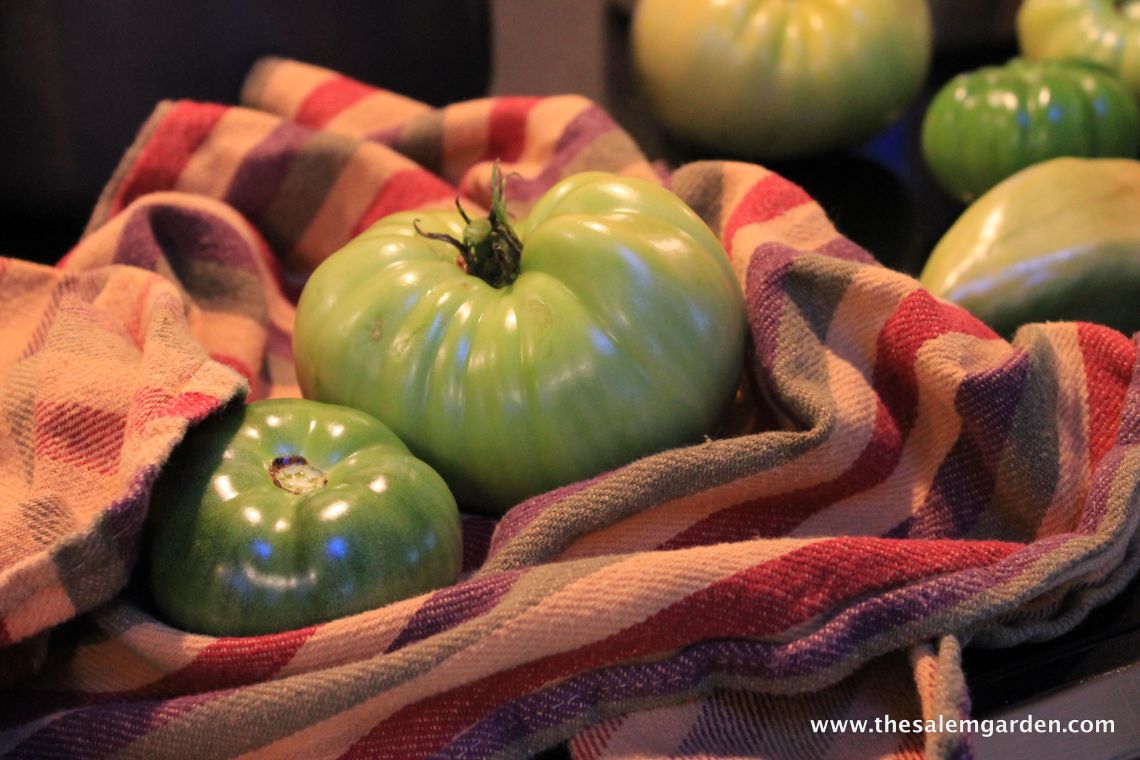 I washed and dried them… 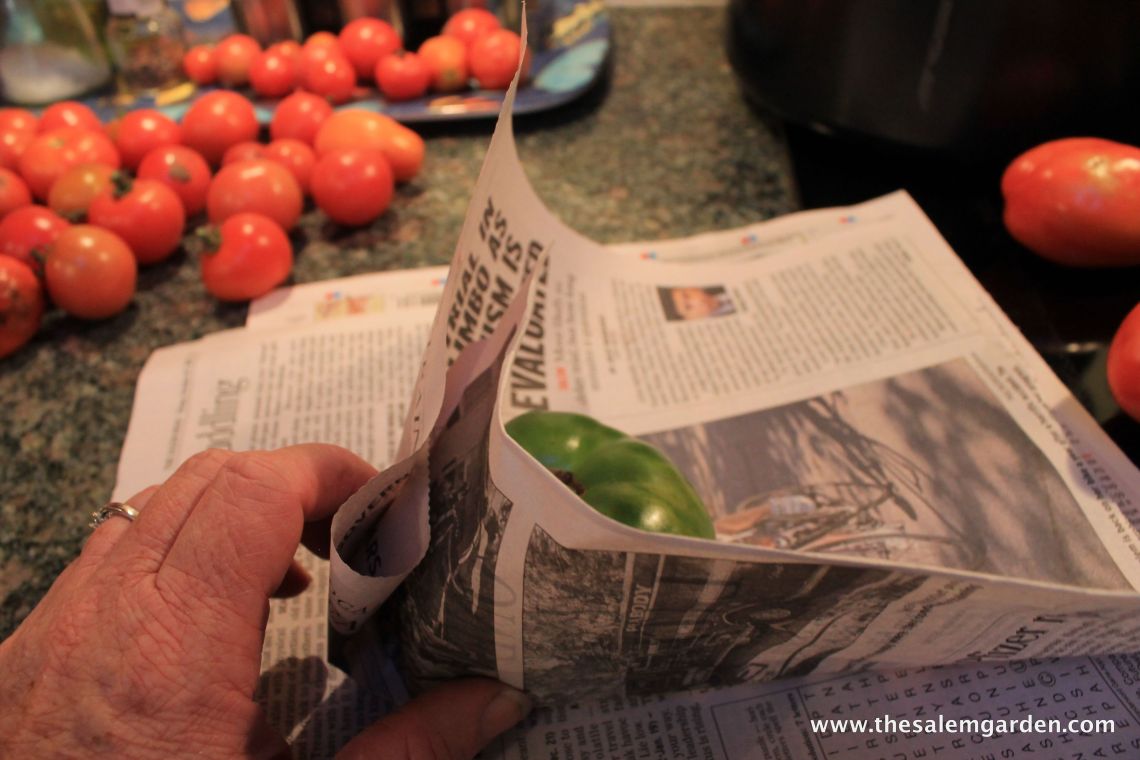 Wrapped each one in quarter sheets of newspaper. 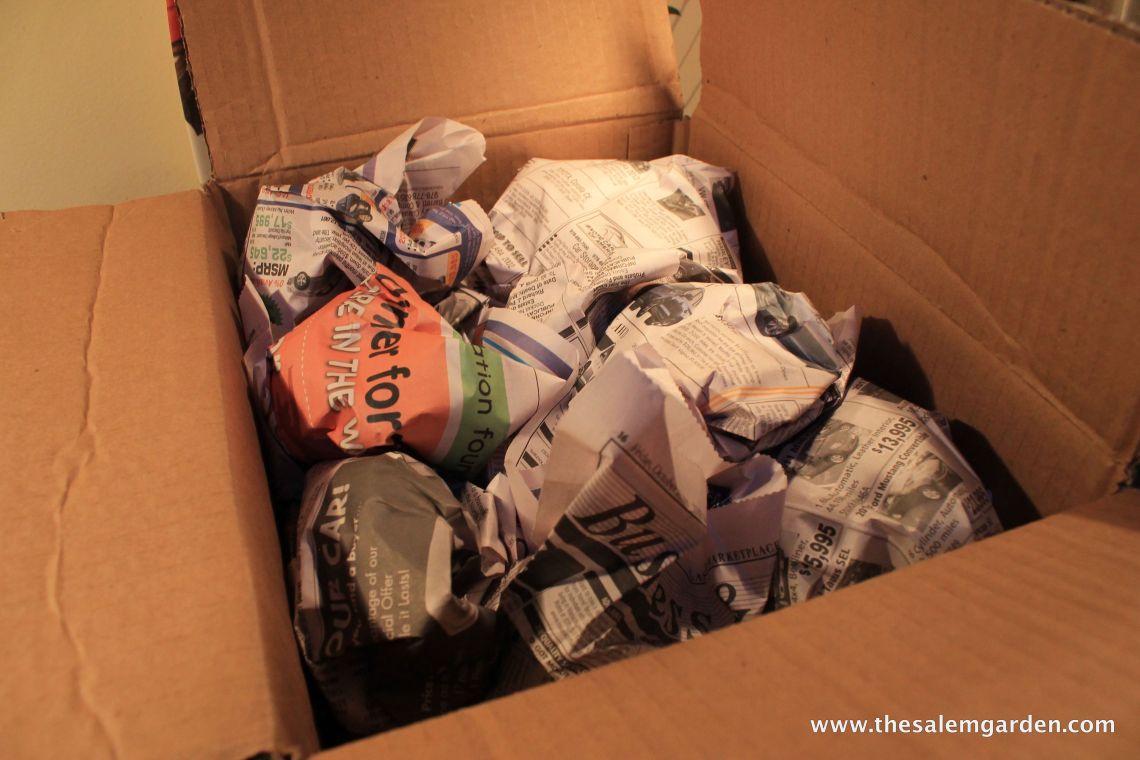 And tucked them in a box, with the pinker tomatoes on top.

We’ll see how it goes.

Today’s project involves what to do with this guy…

He weighs 2 or 3 pounds and looks just like a little pumpkin.

What do you think?

Or maybe I can carve a face, just like a real pumpkin.

This is Salem after all!

What did you do with your tomatoes this year?